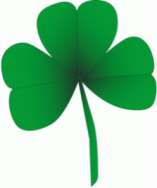 March heralds SPRING and EASTER and HOPE.  For me it’s been a strange sort of winter and perhaps without nearly enough snow, but ooooh I’m excited to get my hands back into the earth and see some tangible growth before my eyes.

Yes, the outward reality of our world looks gloomy with our election campaigns, with refugees gathering at the borders in greater numbers, with Syrian hopes for peace and new leadership, BUT this is all part of our journey toward a nonviolent world.  My belief in such a world is stronger than ever.  I hope yours continues to grow also.

One of the sources for my hopefulness is Jim Douglas’s reflections on Thomas Merton, Gandhi, and Jesus in their efforts toward a culture of peace.  His book is Lightning East to West.  Herein  he asserts that in Matt: 6:33 Jesus is describing a culturally hidden law of reality itself:  that there “is a loving caring will at the center of reality which is as objective and concrete as a physical law.  To experiment in its truth is to discover and confirm its reality.”  Nonviolence in deed, said Merton was nothing more than “a living out of nonviolence of the heart, an inner unity already experienced in prayer.”

Suffering from violence, especially war, can be so overwhelming that a person needs to go “infinitely deeper, in one’s life toward an unrealized center of grace out of which an altogether new and transforming kind of nonviolence could then arise.”

Digging deeply, going into the power and oneness of Christ within oourselves—that’s Lent, Easter, Spring, a revolutionary force in bringing PEACE.

Easter blessings to each of you.  Sr. Paulette 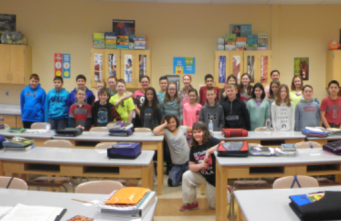 Some of the 6th. Graders have formed a peace club also.  They’re planning a trip to interview the mayor, a peace walk for students, an event for Earth Day April 22, and a hopeful trip to Columbus to see Representative Reinecke in action, trying to connect state efforts to their own efforts in bringing greater peace.

The LATEST from Palestine

¨    A house burning by settlers in the village of Duma killed a baby and the parents and small boy last summer. …no repercussions to the settlers.

¨ A young 18 yr. old female student was killed with at least 5 bullets at a checkpoint in my old neighborhood in Old City, Hebron.

¨ Al-Aqsa Mosque—the 3rd most important Muslim mosque to the Palestinians was invaded by the Israeli Military.  There is fear the Israeli government is planning to seize it completely.

¨ House invasions by the Israeli Military and settlers have proliferated.

¨ More than 170 Palestinians and more than 20 Israelis have been killed in attacks.

¨ At least 1000 more units to be built/taken by Israel in Palestinian East Jerusalem.

STILL THE U.S. DEMANDS NO ACCOUNTABILITY FROM Israel. We carry on as usual.

Continuation of  7 yr. old Vivie’s  advice to save our World:

‘It is very important to keep trees on our planet living healthy and strong, or not just trees’ lives will be worse, but it will also affect our lives.  We breathe out carbon dioxide to produce the minerals trees need.  They breathe out the oxygen we need to live healthy.  Chop down the trees and we won’t breathe.  The more trees we chop down, the worse the air gets.  The largest forest already cut off is the rain forest, a very important habitat.  Think twice before you cut down a tree or use brand new wooden furniture.  Another reason big fields of trees are chopped down is cattle farming.  Once you chop down a very big field of trees, those trees are lost forever.  The healthy grass does not last long when cattle eat it, so cattle move on to the next field where once was a forest.  That’s killing both healthy trees and healthy soil.

N.B.  Vivie welcomes a conversation—your comments—to her thoughts.  We’ll publish them in the next edition.  Maybe she’d like to respond.  Thanks. 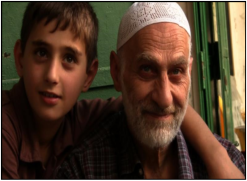 Our film tour to Heidelberg University, Dayton University, Bluffton University, Cinematheque, Cleveland, and to Monroe Street United Methodist Church  touched at least 500 people throughout Feb.  15-22.  The amount of engagement from the audiences, the hospitable preparations made by hosting organizations,  the amazing activists we met in each group all urge us forward in raising the truth of the Israeli/Palestinian struggle.

A huge thanks goes out to Ellie Bernstein the director of the film and to each person involved in hosting the film.  YOU made it happen!  THANK YOU VERY MUCH. 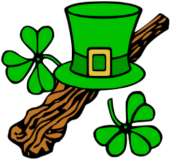 Are you curious what BDS is all about????

The United Nations has repeatedly upheld the view that  Israel’s construction of settlements in Palestine West Bank constitutes a violation of the Fourth Geneva Convention.

Therefore an area group is forming to respond to the Palestinians’ plea for us to  Boycott, Divest, and Sanction Israel’s settlement products, “hitting the pocketbooks” of  many corporations involved in settlement building and settlement products.  Some of the major well-known corporations promoting settlement building are:  Motorola, McDonald’s, Este Lauder, Ahava, Coca-Cola, Soda Stream,  Caterpillar, Starbucks, and Hewlett Packard. Go to website:  http://www.gazathedearweeplace.com/list-of-companies-to-boycott-israel/more  to follow in the  next issue